This year, the Red Arrows will embark on a special display season – not only wowing crowds up and down the UK with their dynamic displays, but also painting the skies of North America red, white, and blue during their largest EVER tour of the US and Canada.

And in the run up to the first display over the pond,we wanted to find out all things Red Arrows from the team themselves and Squadron Leader Steve Morris, aka. Red 5, was only too happy to give us an extensive interview.  Currently in his first season on his return to the team, Red 5 has told us how to become a Red Arrows pilot and what it’s really like to be part of the world renowned Red Arrows…

How long does it take to prepare the display and train to public display level?

We start our winter training in October, and the team’s development is like building blocks – we don’t display as a 9 straight away.  We practice as 3 aircraft together, and then build up to 4, and then 5 – that’s ‘Enid’.  Reds 6 through 9, the back 4, will be doing the same.  It’s only in February that we’ll put the 2 sections together.  So it takes 4 to 5 months before we’re there as a 9, and then another 2 and a bit months of us flying as 9 until we get up to the standard that we would expect to be for the display season.

What happens if one pilot is unable to take part in the display? Do you have reserve pilots?

We would display as an 8.  The only caveat is if the Team Leader (Red 1) is unavailable, we can’t display.  At some sites, Red 6, 7, 8 and 9 (the back 4) might go and do their second half performance where they do their hide speed passes, but we wouldn’t display as a 9.  We practice as an 8 in case anyone is ever missing, and we try and keep it as symmetrical as possible.

‘we get to meet so many extraordinary people’

What’s the best thing about being a Red Arrow?

For me, it’s the ground interactions that you have with people.  Earlier this year, when we were operating from Farnborough, we bumped into a 90-year old Dakota pilot who was there to be with his grandson, who is now a fast jet pilot, and he came over to us and had a cup of tea and a chat – we get to meet so many extraordinary people that you would never meet if you weren’t doing this job.

How does the Hawk T1 compare to other fast jets you’ve flown?

It’s a bit like a sports car, but think track-day kit car.  There isn’t much on the inside in terms of modern technology, but let’s not forget the jet’s 40 years old!  There aren’t things like a moving map, synthetic weapons and head-up display, so if you compare it to the difference between an Aston Martin and a Westfield Kit Car, it’s probably actually more fun flying the Hawk, but there isn’t as much avionics inside the cockpit.

What is the first manoeuvre you learn as a Red Arrows?

You start with what are our ‘basics’ of flying.  I know it sounds odd, but as everything is called by the Team Leader, you need to work on everything, so start with left and right bends.  Then you progress to do a standard loop, in one of our formation references which is called ‘Battle’, but you’re a little bit further away from the nearest airplane than what the public will see when we display – which is a good thing when you start practicing!  Then you’ll move on to more challenging loops and rolls, and then you start to build it up, getting closer adding more airplanes on.  Then, finally, you start to change shapes, moving from one formation to another.

What is the Red Arrows selection process like, and how were you selected?

Everyone who’s on the team has to apply to be on the team, so we’re all volunteers.  In order to apply you have to have 1500 fast jet hours, you have to have been assessed as ‘above-average’, and you have to have done an operational tour.  We get about 30 applicants each year, shortlisted down to about 9 – based on a flying record that we all have as pilots – and then for a week-long period the 9 shortlisted candidates come and spend a week with us, normally out in Cyprus or Greece where they are asked to perform a flying test, which includes loops and rolls.  There’s also a formal interview, and a PR interview – where you’re put in front of a camera.  But the biggest thing by far is peer assessment – how do you fit in? – not just with the 9 display pilots, but we have 130 engineers and display staff.  You need to fit in with everyone.  You could be the best pilot in the world but if you’re going to upset the team dynamic slightly, you’re not right for the Red Arrows.

You can now own the Official Red Arrows North America Tour Medal, the very same that the Red Arrows own themselves! Click here to find out more >>

The Beano turns 80 this year. I’ll just let that sink in.

I still remember running down to my old corner shop every Wednesday after school to pick up the brand new Beano comic for 2p (the mind boggles!), then running home to try and get a read of the first few pages before mum cleared the table for dinner.

Of all the Beano characters, there was one character I looked forward to reading about more than any other – my favourite mischief maker – Dennis the Menace.

And that’s why I have been so excited over the last few months to be able to work personally on an exclusive and highly collectable Beano Commemorative – especially as this year the comic turns 80.

As a special privilege for their 80th birthday, Beano have given us unparalleled permission to create some brand new Beano artwork.

That’s because, for the very first time, Dennis the Menace has been brought to life on a brand new and exclusive Silver-Plated Commemorative by actual Beano artist – Wayne Thompson. 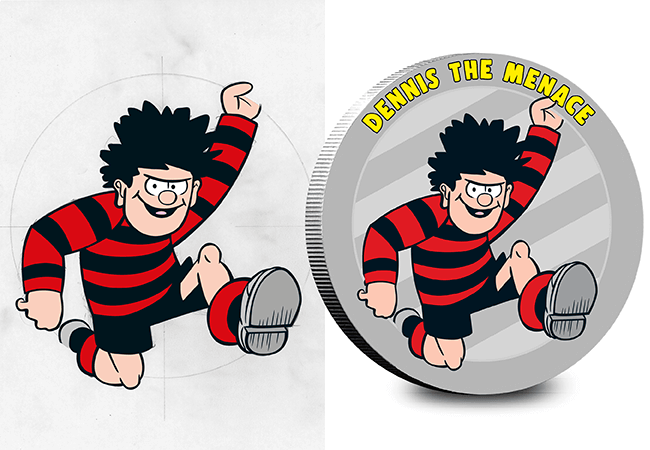 As you can see, the medal is a perfect limited edition tribute to Dennis in his classic red and black sweater that you, I, and many generations of children have grown up to love.

And as I mentioned, the Dennis the Menace illustration has been specially commissioned exclusively for Mint Editions. No one has ever seen it before and it has come straight from The Beano studios, direct to us from their artist – Wayne Thompson.

Just as in the comics, Dennis is never far from his trusted companion Gnasher, who is also part of the collection of new medals featuring beloved Beano favourites. 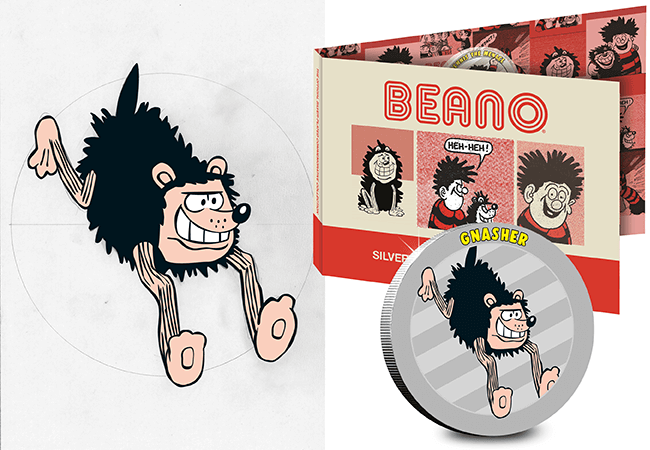 Your invitation to SAVE £10.00 when you order today 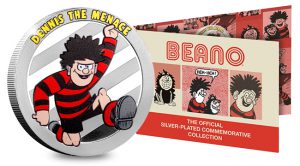 Today, I would like to personally invite you to start your collection with the Dennis the Menace Silver-Plated Medal – for JUST £14.99… that’s an exclusive £10.00 SAVING. What’s more, alongside your second delivery you’ll also receive a free collecting pack to house and protect each Silver-Plated Medal.

Click here for more information and to secure yours >>

A lifelong fan of the Reds, I was delighted to be given the chance of personally presenting them with the Official 2018 Red Arrows Signature Medal.

Struck in 5oz of Pure 999/1000 Silver, the medal features the intricate engravings of all 9 Red Arrows pilots’ signatures, and has been fully endorsed by the team.

What’s more, their medal is one of JUST 450 that have been issued for worldwide distribution, with the last number in that edition being presented to the Reds.

And so they didn’t have to share, I also brought along an extra 9 Official 2018 Red Arrows Silver 1oz Medals, for each of the team to take home.

Each signature on the 5oz Silver Medal is meticulously engraved above their team number. To complete the piece, each member’s iconic Hawk jet with the RAF roundel at the centre is highlighted in vivid colour, surrounded by an altimeter inspired pattern – the most fitting piece to present to the Reds today.

You have the opportunity to own the Official Red Arrows Signature 5oz Silver Medal. This is a rare chance to own an item so closely and personally linked to the Red Arrows themselves and we only have a few remaining so you’ll have to act quickly to secure yours. Click here for more information and to order yours now >>>