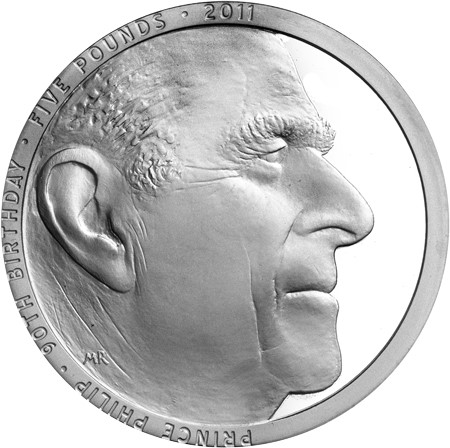 Prince George Louis Alexander of Cambridge is set to make his second public appearance in his early life, amid a frenzy of public interest both here and around the world.

However, when the young Prince is baptised at the Chapel Royal in St James, there could be fewer than 60 people in attendance.  All the public will see and hear of the 45-minute ceremony is the official photos and a few details which William and Kate choose to release the following day.  So far the only photographs are family snapshots taken by Kate’s father Michael Middleton.

Australia have released their own Prince George commemorative coins

William and Kate’s wedding along with Prince George’s birth on 22nd July has been credited with bolstering the popularity of Britain’s Royal family both home and abroad.

Millions of people around the world watched live coverage of the Duke and Duchess leaving the hospital with their sleeping son – the only public sighting of George to date.

Australia and Canada among other Commonwealth countries have issued their own tributes to Prince George as the popularity of the Royal family continues to grow internationally.

In fact, Australia was the first major country to feature an image of young baby George on a commemorative coin – with a design portraying him with his proud mother and father.

Despite being held behind locked gates, royal fans are still expected to descend on St James’ Palace to soak up the atmosphere and wait patiently for a glimpse of the young Prince.

By removing the grandeur of the occasion, there is secrecy and intrigue surrounding the ceremony which has led to a surge in demand from collectors looking for a keepsake from what remains a hugely significant Royal event.

The DateStamp Royal Christening Sovereign is a collector’s favourite

In terms of commemorative coins, limited edition issues like the DateStamp™ Royal Christening Sovereign have been snapped up.  Collectors not only look for the history and heritage of a Sovereign which you would expect for a future King, but also recognise the unique appeal of an Official Royal Mail postmark on the day of the Christening which captures the moment forever.  With an edition limit of only 495, there has been a last-minute scramble to try and secure one.

Traditionally, it is seen as good fortune to cross a newborn’s palm with a silver coin, which also explains the incredible popularity of the Prince George Silver Proof £5 – struck from Sterling Silver and limited to just 2,013 pieces.

It’s certainly not a day that young George will remember, but for millions of others around the world, the christening of the future King of England is a day to be commemorated.