Revealed for the first time today, Royal Mail are set to release 15 new Game of Thrones stamps celebrating the global-success of the hit fantasy TV show, filmed primarily in the British Isles and featuring a star studded cast brimming with home-grown talent.

Scheduled for release on 23 January 2018, the new stamps will feature 10 of the best loved characters from all seven series’, including Tyrion Lannister, Arya Stark, Jon Snow, Daenerys Targaryen and Ned Stark, as well as an exclusive Miniature Sheet, comprising the Iron Throne, the Night King, Drogon and Ghost. 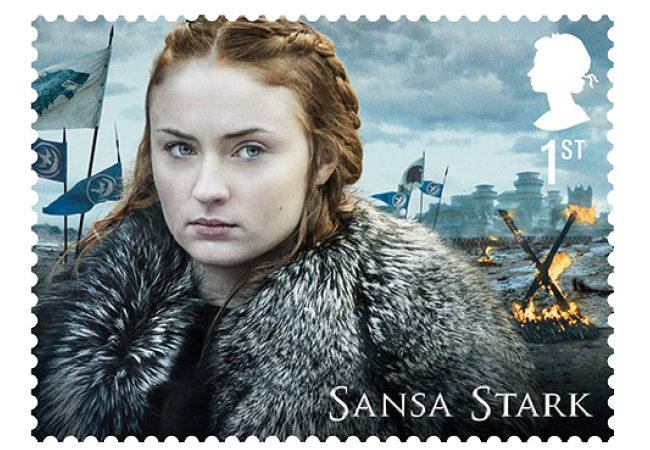 Eddard Stark’s oldest daughter, Sansa, was held in King’s Landing by the Lannister’s after her father’s murder.  Initially naive and trusting, she learned how to play the Game of Thrones by observing the devious Petyr Baelish.  Following a battle to reclaim her ancestral home, she became the Lady of Winterfell. 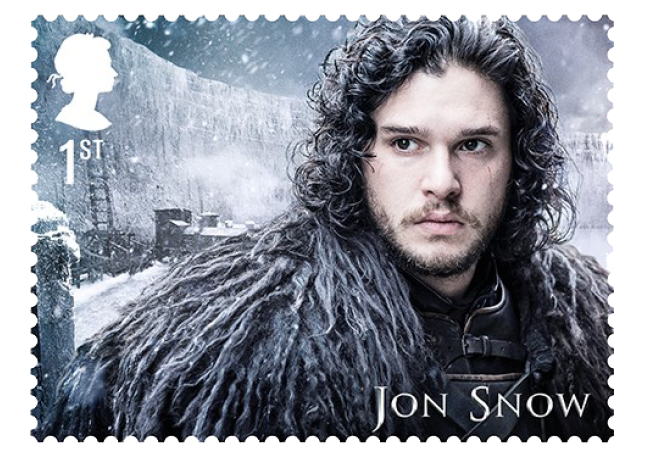 The King in the North is a loyal and honourable man. After joining the Night’s Watch, he rose to become the Lord Commander, but his insistence on making common cause with the wildlings led to mutiny and his demise.  Resurrected, he returned to Winterfell and defeated Ramsay Bolton. 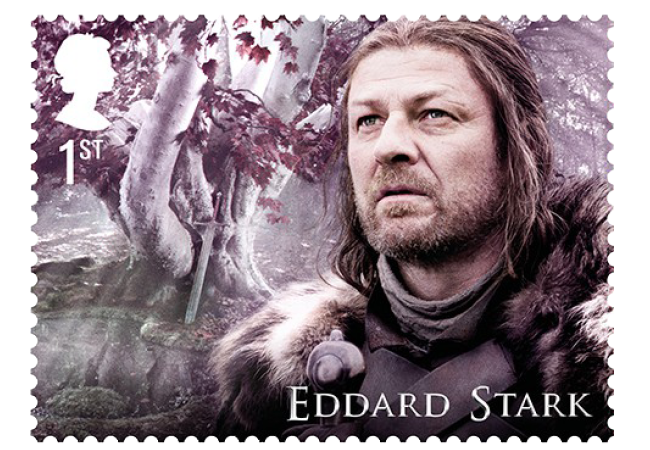 The head of the Stark family was an honourable, upright and decent man in a dark world. Asked by his oldest friend Robert Baratheon to govern as Hand of the King, he found himself out-manoeuvred at every turn.  His execution on trumped-up charges fuelled the War of the Five Kings. 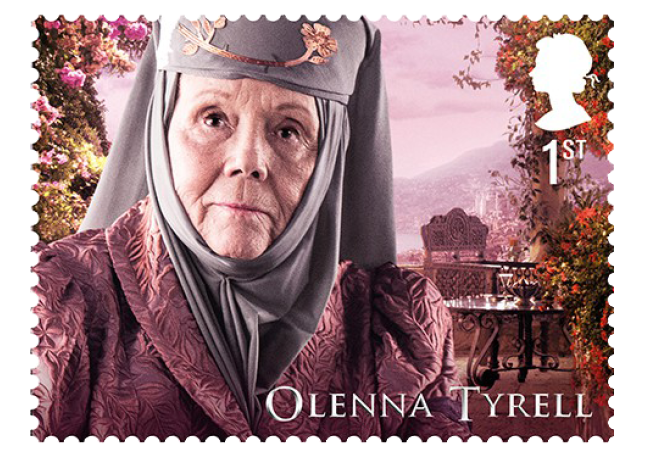 Sharp of tongue and fierce of wit, Olenna Tyrell was the matriarch of the Tyrell family.  After losing almost all her family in an explosion orchestrated by Cersei Lannister, Olenna vowed revenge and joined forces with Daenerys Targaryen hoping to bring the Lannister lions to their knees. 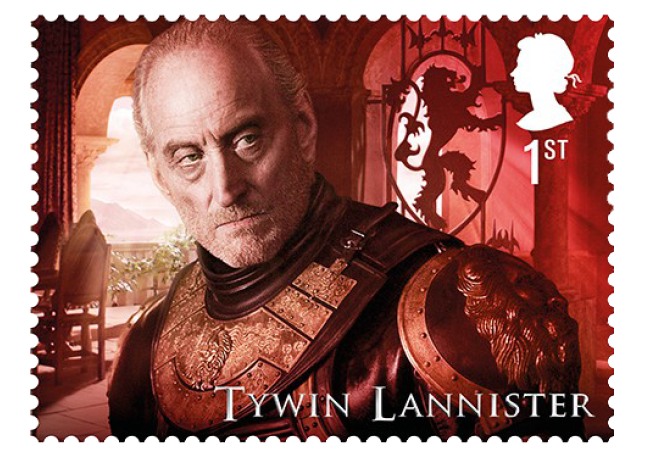 The head of the Lannister family was a consummate tactician who ruled his adult children with an iron will.  Having engineered victory in the War of the Five Kings thanks to his astute military tactics, Tywin was later undone by his refusal to respect and appreciate Tyrion Lannister. 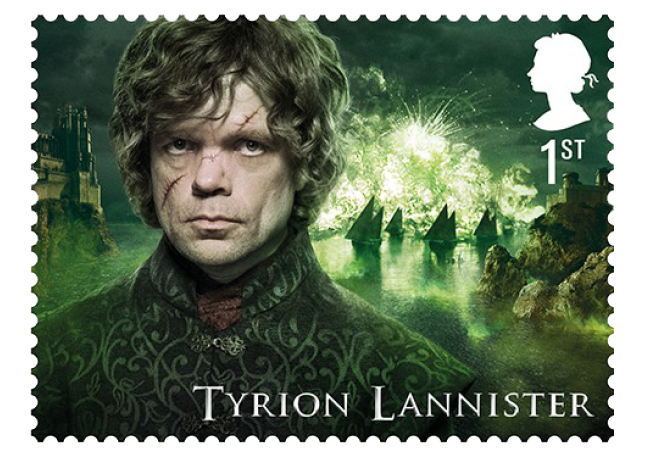 The youngest Lannister, Tyrion spent most of his life shunned by his family, who failed to appreciate his sharp political mind. Falsely accused of poisoning Joffrey, he was freed by his brother Jaime only to then murder their father.  He has pledged his allegiance to Daenerys Targaryen. 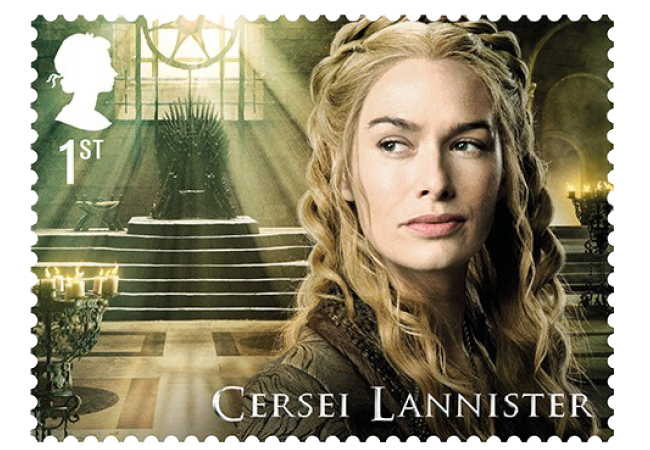 Robert Baratheon’s widow spent years hiding a dark secret: her three children were not Robert’s but the product of a long-standing relationship with her twin brother Jaime.  Now all three children are dead, and Cersei sits on the Iron Throne in King’s Landing.  She is determined to see off all other contenders. 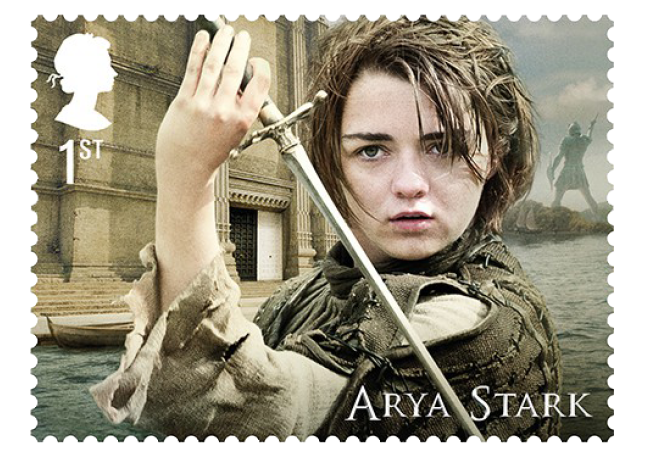 Eddard and Catelyn Stark’s youngest daughter was more interested in learning to fight than becoming a lady.  After her father’s death, she survived on her wits, eventually training with the Faceless Men in the Free City of Braavos.  She subsequently returned home to Winterfell and reunited with her siblings. 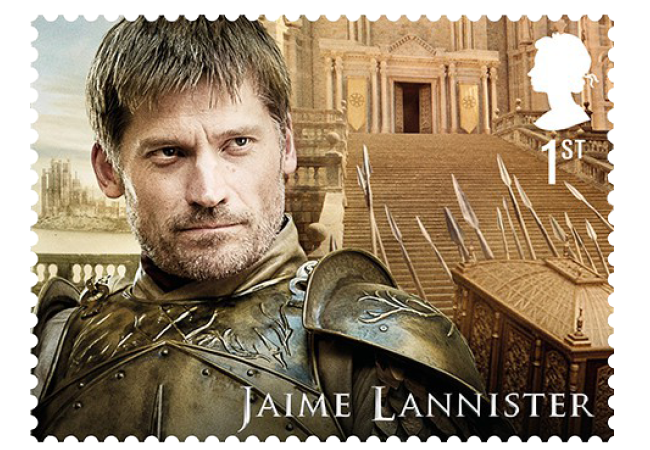 Cersei’s cynical twin brother has a major flaw – his love for his sister.  Captured early on in the War of the Five Kings by Robb and Catelyn Stark, he was freed by the latter against her son’s wishes.  Increasingly troubled by Cersei’s behaviour, he was last seen leaving King’s Landing. 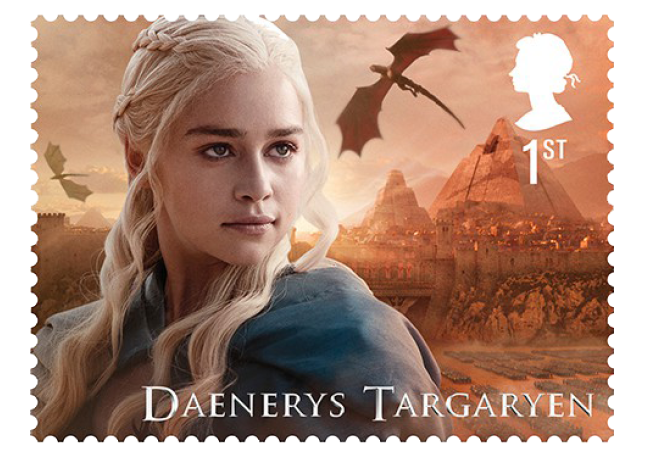 Revered by her followers as the mother of dragons, Daenerys Targaryen recently landed in Westeros to claim the Iron Throne.  Shortly after her arrival, Jon Snow, hoping to convince her to help him fight the forces beyond the Wall, offers the support of the north.

The issue consists of independently custom-designed stamps, with unprecedented detail to showcase 10 central Game of Thrones personalities, 4 non-human characters and the Iron Throne itself.

The set of ten best-loved character stamps show exclusive photographic representations of central characters from across all seven seasons in the Game of Thrones’ series.  Each stamp is centred on an individual character and is a complex montage of multiple images from the series; creating ten bespoke images that embody the crux of each character’s story.  Each individual design is assigned a ‘colour identity’, aligned with the character and their environment, as well as being a reflection of the production values and themes of the series.

The Miniature Sheet centres on the non-human characters in the Game of Thrones series with a very different emphasis to the mint stamps.  Despite this, they adhere to a similar design concept; creating distinctive backgrounds through an overlay of imagery to provide insight into the character’s stories.  All 4 stamps are carefully constructed in a way that reflects the characters’ environments; however, they are all united by the Iron Throne Definitive at the centre of the sheet, mirroring what lies at the heart of the season as winter comes. 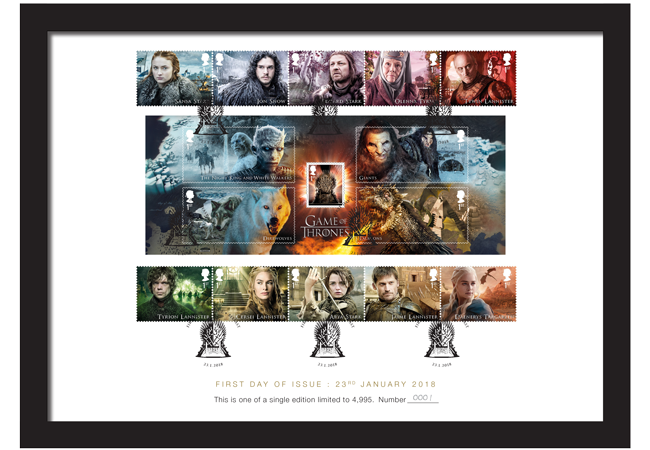 You can own all of the new Game of Thrones stamps right now on a limited edition Collector Card – professionally framed and ready to hang.