With the Battle of Waterloo reaching its 200th Anniversary this year, I have come across some fascinating commemoratives which have been issued to mark the historic event. However, there was one in particular that really caught my eye and has an intriguing story behind it… 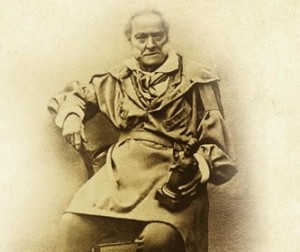 Benedetto Pistucci was commissioned to design The Battle of Waterloo medal..

It all started in 1815 when The Royal Mint was commissioned by the Duke of Wellington to strike a medal honouring the leaders of the allied nations following the Battle of Waterloo.

The medal was to be of the grandest scale, finished with outstanding detail – a task perfectly suited to Royal Mint Chief Medalist Bendetto Pistrucci – whose proposed design was chosen from a shortlist.

Pistrucci was a masterful engraver with a mercurial personality. He had already completed a stunning design of St George and the Dragon (which famously still graces the Sovereign today).  His design for the medal looked set to be one of the greatest ever undertaken…

But, there was a problem

Pistrucci was under the impression that Master of the Mint, William Wellsley-Pole, had promised him the position of Chief Engraver at the Royal Mint.  However, as a result of politics and infighting at the Mint, it became apparent his ambitions would never be fulfilled.

In fact he soon recognised that once he had completed the Waterloo medal, The Royal Mint was sure to cut all ties with him.  Determined not to let this happen, Pistrucci took his time, and prolonged the project – by 30 years.

By the time the dies were completed, all the intended recipients were dead, except for Wellington himself.

The end result was one of the most magnificent pieces of medallic art ever seen, but this wasn’t the end of the story. Pistrucci’s dies were so large and complicated that they proved impossible to harden and the medal that had taken three decades to complete was never even struck.

So the ill-fated Waterloo medal remains one of the most fascinating chapters in the history of The Royal Mint, and is still talked about to this day – despite the fact it never even made it to production!

Now the medal has been made…

Using the latest minting technology, a small batch of just 495 replica medals have been made for the anniversary year of The Battle of Waterloo. We still have some available if you’re interested, click here for details.