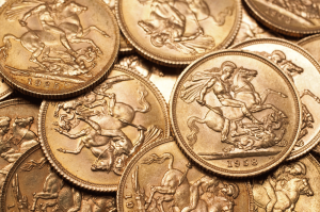 The St. George and the Dragon Sovereigns designed by Benedetto Pistrucci

2017 marks the Bicentenary of the Modern Sovereign. Reinstated as part of the 1816 Great Recoinage to replace the Guinea, the ‘modern’ Gold Sovereign has epitomised British quality across the world for the last 200 years.

But there is much more to discover about the Gold Sovereign. And now, in the lead up to its special anniversary, we explore its story in a six part series of posts about its 200 years of fascinating history, telling the tale of the King of Coins from its very beginning in 1489 to now.

First, back to the very beginning…

The history of the Sovereign dates back as far as 1489, when King Henry VII instructed The Royal Mint to strike a new gold coin. 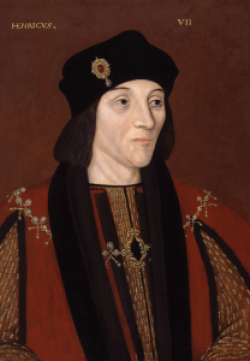 The new coin weighed twice as much as the existing Ryal and it was the first coin to be issued with a value of one pound sterling. It was struck in almost pure gold using the standard gold coinage alloy of 23 carat.

A Design with International Power

The coin was fittingly called the Sovereign, which was also the name of his warship that had been built the year before. Its design was inspired by a coin issued in the Netherlands by Emperor Maximilian in 1487 and featured King Henry on his throne, with orb and sceptre in his hands radiating the power of the monarchy. 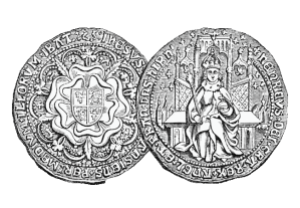 An etching of the original Sovereign from 1489

The Latin inscription on the coin read ‘Henry, by the Grace of God, King of England and France, Lord of Ireland’, which sent a message to Europe that England was a nation to be reckoned with. The reverse design featured a shield bearing the Royal Arms on a large Tudor Rose.

However, the production of the Sovereign stopped when King James I inherited the throne and introduced a new pound coin, the Unite (named to mark his desire to unite England and Scotland).

And the Sovereign was forgotten for nearly 213 years, until 1816, when something momentous in the history of British coinage was to happen…

To mark the Bicentenary of the “modern” Gold Sovereign in 2017, The Royal Mint have just released a brand new Gold Proof Sovereign reprising Benedetto Pistrucci’s original engraving from 1817. 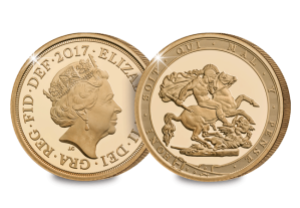 With a low edition limit of just 10,500 worldwide, a special one-year-only design change and a fine proof finish, the 2017 Bicentenary Gold Sovereign has all the elements to be one of the most collectable British gold coins of the 21st century. And now you can own one.