Revealed for the first time today, Royal Mail are set to release 10 NEW James Bond stamps, to celebrate the milestone 25th film in the franchise, No Time To Die.

Scheduled for release on 17 March 2020, the complete set of ten BRAND NEW 2020 stamps pays tribute to the six beloved Bond actors – Connery, Moore, Dalton, Lazenby, Brosnan and Craig – as well as some of Q Branch’s most well-known gadgets on the exclusive Miniature Sheet – including the Lotus Esprit Submarine, Aston Martin, Bell-Textron Jet Pack and Little Nellie.

The stamps are likely to prove immensely popular with the British public, and collectors throughout the world!

Here’s your first look at the NEW James Bond stamps…

Timothy Dalton as James Bond in The Living Daylights

Roger Moore as James Bond in Live and Let Die

The Bond films are the longest running series in film history with James Bond known all over the world. The films are renowned for many features, including the musical accompaniment, with the theme songs having received Academy Award nominations on several occasions, and two wins.

Another important element to the Bond franchise are 007’s gadgets, including his cars and guns, which he is supplied by Q Branch.

It is these iconic gadgets which are the focus of the Minisheet in the stamp issue. Celebrating some of Q Branch’s most well-known gadgets, and centring around arguably the most famous one of them all, Bond’s DB5.

This miniature sheet isn’t quite as it seems; look at the sheet under a UV light and all will be revealed where detailed specs of each gadget will become clear. In another unusual feature the stamps carry a unique 007 perforation.

You can reserve all of the NEW Royal Mail James Bond stamps right now, postmarked with the First Day of Issue of their release, and protectively encapsulated to preserve their pristine condition for generations. Click here for details >>

Royal Mail have today announced the release of BRAND NEW Elton John stamps, which will mark a tribute to one of the UK’s greatest music legends on the 50th anniversary of his first album, Empty Sky.

Officially released today, 3 September 2019, the stamps will feature the iconic album covers and live performances from 1972 through to his final tour – Farewell Yellow Brick Road – at Madison Square Garden.

This is the first time Elton John has ever featured on UK stamps, and as such these are guaranteed to prove a hit with collectors!

1st – Honky Château: Recorded in the Château d’Hérouville near Paris, Honky Château was Elton John’s breakthrough pop album, home to ‘Rocket Man’ – one of three songs he composed on the morning of the first day of recording.

1st – Goodbye Yellow Brick Road: A double album that perhaps represents the artistic pinnacle of Elton’s 1970s’ career, a teeming, eclectic songwriting masterclass that features ‘Candle in The Wind’, ‘Saturday Night’s Alright for Fighting’ and ‘Bennie and the Jets’.

1st – Caribou: His fourth consecutive US number one album, Caribou, is best-known for ‘The Bitch Is Back’ and the epic ‘Don’t Let the Sun Go Down on Me’, but its most striking moment might be ‘Ticking’, the eerie saga of an armed siege in a bar.

1st – Captain Fantastic and The Brown Dirt Cowboy: A concept album on which lyricist Bernie Taupin recounts the early days of his and Elton’s career, complete with a vivid depiction of Elton’s 1968 suicide attempt, ‘Someone Saved My Life Tonight’.

£1.55 – Sleeping with The Past: The last album Elton John made before going into rehab was intended as a homage to the soul and R ‘n’ B music that had inspired him in the 1960s: in ‘Sacrifice’, it produced his first UK solo number one single.

£1.55 – The One: The cover designed by Gianni Versace, its lyrics haunted by the unfolding AIDS crisis and Elton’s battle with drug addiction, The One re-established the now clean and sober Elton John.

£1.55 – Made in England: Largely recorded live in the studio, Made in England’s upbeat title track – a hit single in 1995 – masks the rest of the album’s mature mood, which features reflections on ageing both positive and negative.

1st – Madison Square Garden, 2018: Farewell Yellow Brick Road is an ongoing tour that began in Allentown, Pennsylvania on 8 September 2018.  It is intended to be John’s final tour and will consist of more than 300 concerts worldwide, over three years.

£1.55 – Dodger Stadium, 1975: The “West of the Rockies Tour” was a North American concert tour in support of his 10th studio album “Rock of the Westies”.  The tour included a total of 17 shows across the United States and Canada.

You can now own the complete set of eight new Elton John stamps and official Miniature Sheet together on an exclusive limited edition FRAMED presentation. Professionally mounted and ready-to-hang, just 995 will EVER be issued. Click here for more information >>> 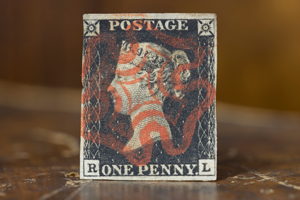 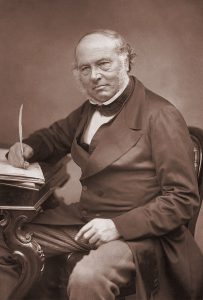